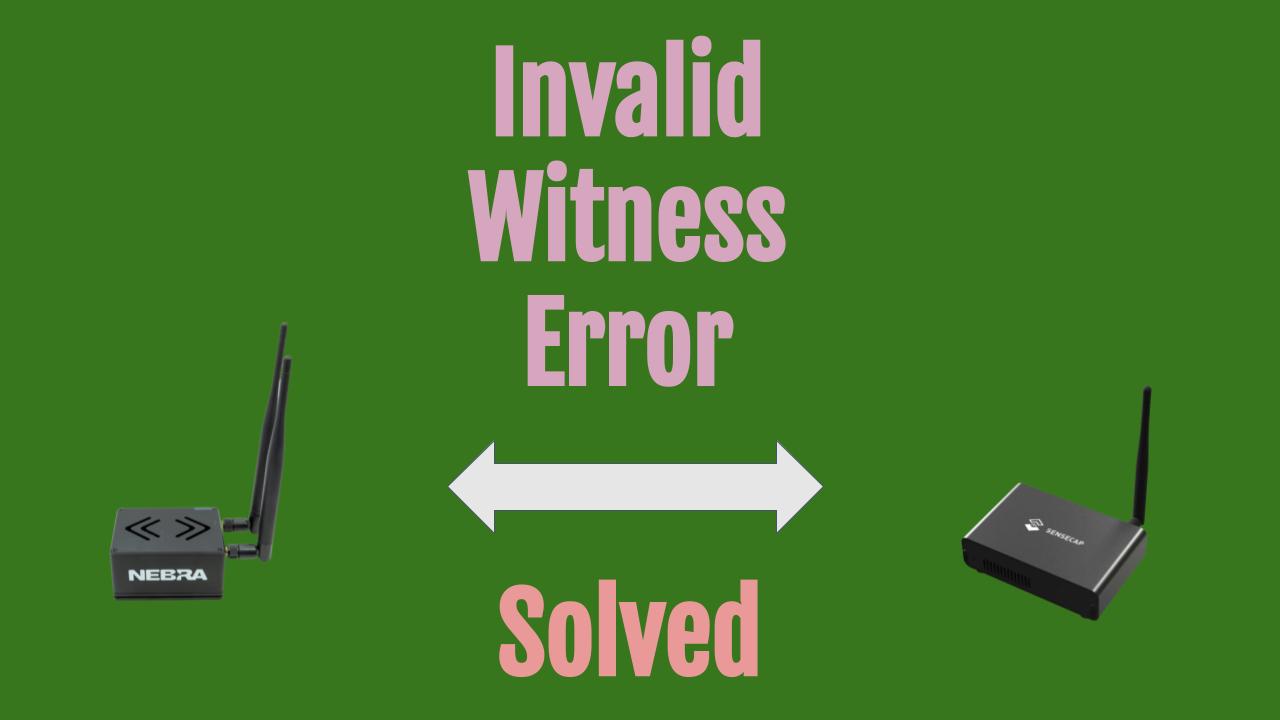 There are two types of Invalid Witness errors in Helium Mining.

Every time a hotspot witnesses a beacon from another, a Helium validator will examine both received signal strength (RSSI) and the distance between the two miners.

It will then use the following information:

to estimate the strength of the received signals using mathematical formulas.

If the RSSI is higher than the estimate, Helium validator will declare the transaction as invalid. The witness is invalid because RSSI was higher than a reasonable threshold value. No HNT is awarded.

The reason for this is the miner transaction didn’t follow the laws of physics.

Here’s an example of such a transaction.

In the above, Helium has determined that for a distance of 42 km, the RSSI level cannot be that high – it should be lower. Since it does not make sense mathematically, it’s an invalid transaction.

Here’s another transaction between two miners in the same Hex but unlike the one above, this one is valid.

Move the miners further away from each other if possible.

In this post we have described two Invalid Witness Errors and how to solve this problem.